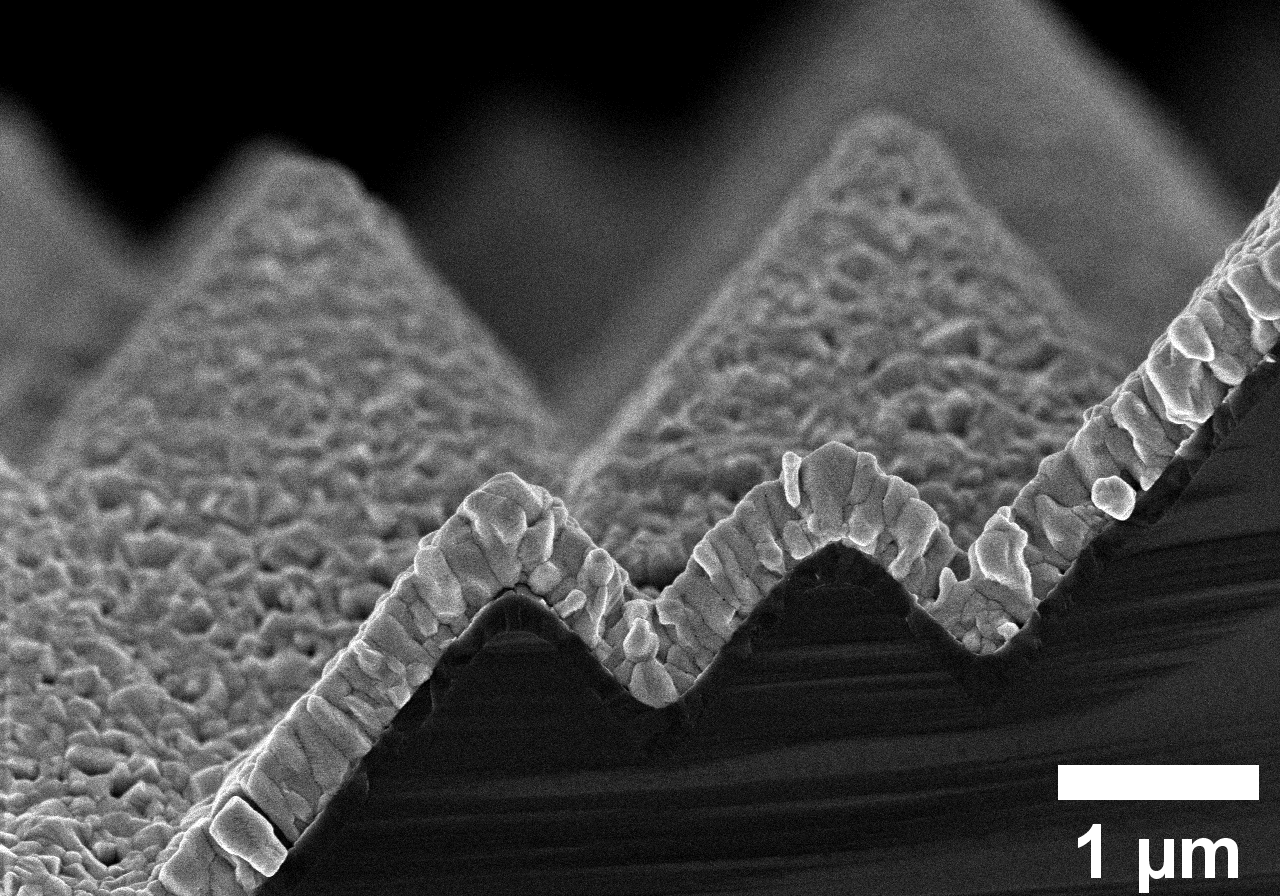 Cross section of a co-evaporated perovskite layer on a textured silicon substrate. 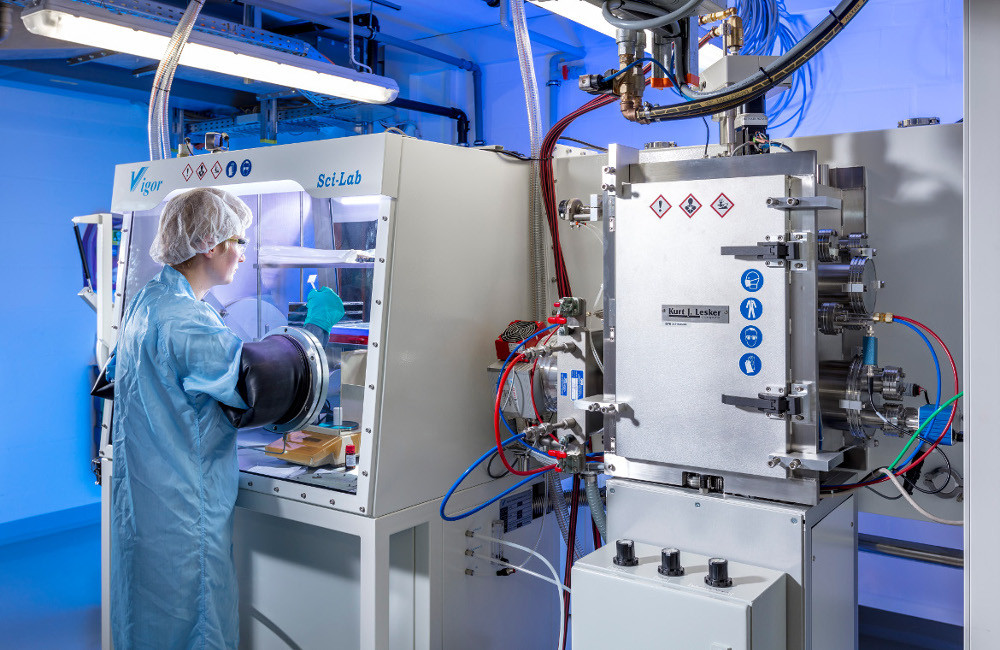 Tool for evaporation of organic materials.

Photovoltaics is steadily improving in terms of technology and economics. The „Future technologies photovoltaics“ group deliberately focuses on topics that are one step ahead of evolutionary developments of state-of-the-art technologies. This way we are developing options that open new opportunities for the future of PV. The core research areas of the group are:

The rapid progress in silicon solar cell technology has resulted in coming close to the theoretically achievable efficiency limit. To further reduce the costs of PV systems, an additional increase in solar cell efficiency would be beneficial. Tandem solar cells using a silicon bottom cell are a promising candidate to achieve this goal because they combine the maturity of the silicon technology with the potential for higher efficiencies. However, the economical requirements on tandem solar cells and modules are high: a tandem module that yields twice as much power as a conventional module may only cost twice as much as well. As a consequence, the “Future technologies photovoltaics” group is working on scalable processes for the deposition of perovskite for cost-effective tandem solar cells.

Conventional wafering of silicon results in approximately 40% material loss. Alternative wafering methods that avoid this loss are called kerfless wafering. Our group works on a technique that not only avoids the kerf loss but is also flexible with regard to the resulting wafer thickness, yielding drop-in replacement wafers that could be used in current production lines as well as very thin (< 100 µm) wafers. The basis of this technology is the porous silicon (PSI) process in which monocrystalline silicon layers are epitaxially grown onto substrates that feature a porous surface formed during electrochemical etching. Using mechanical force, the epitaxial layers can be separated from the substrate wafer. The quality of these layers has been proven to be compatible with very high solar cell efficiencies.