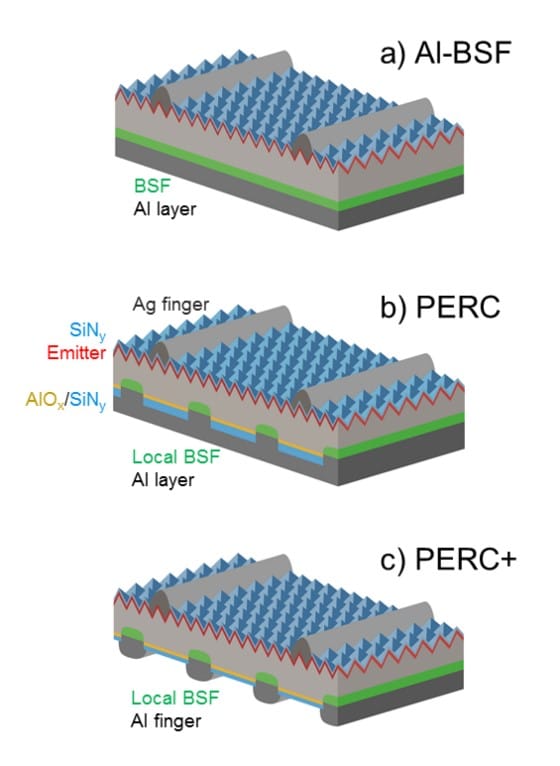 Schematic representation of different generations of industrial solar cells. For a long time, the Al-BSF solar cell was dominant. In the meantime, most manufacturers produce bifacial PERC+ solar cells. 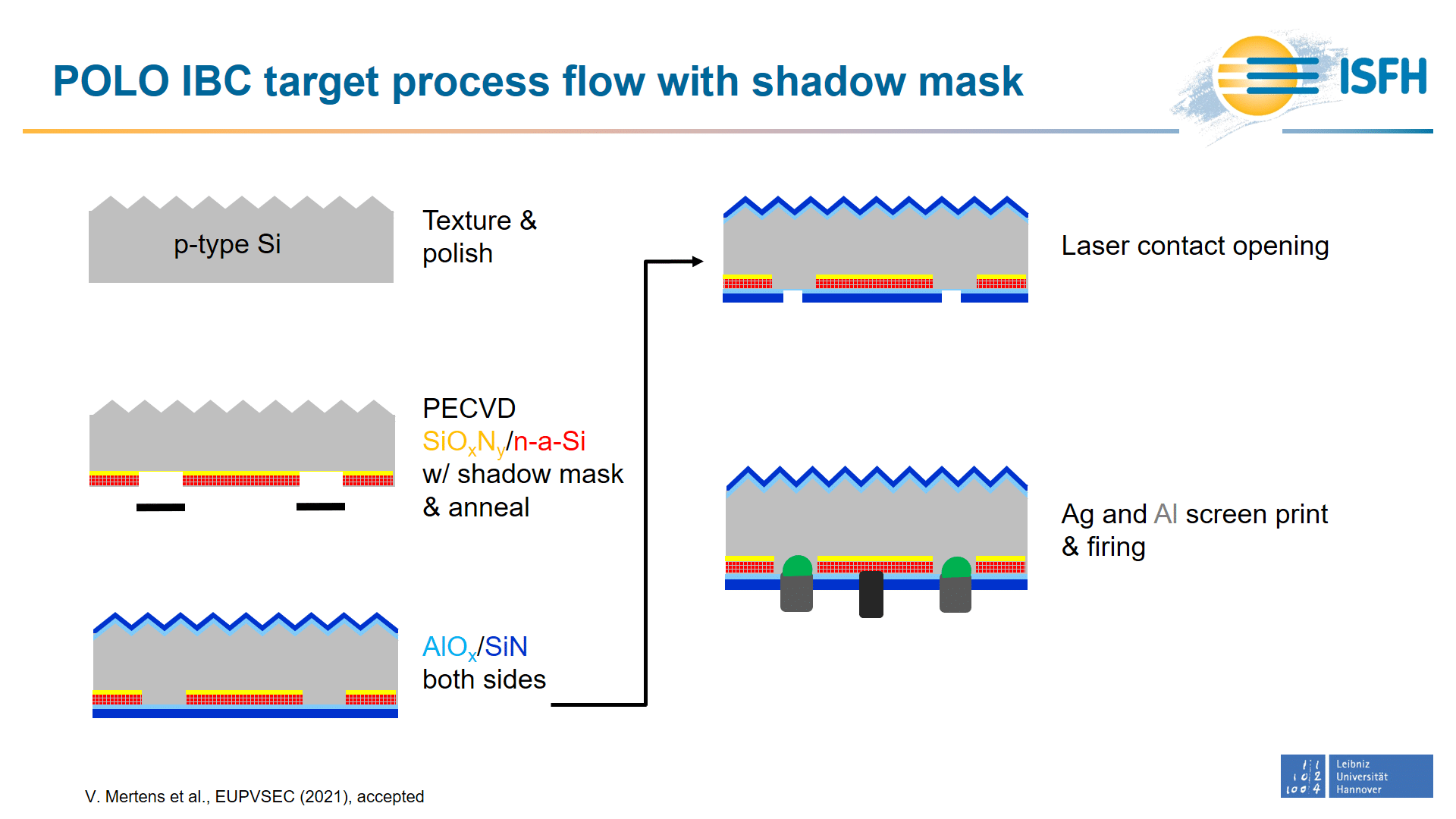 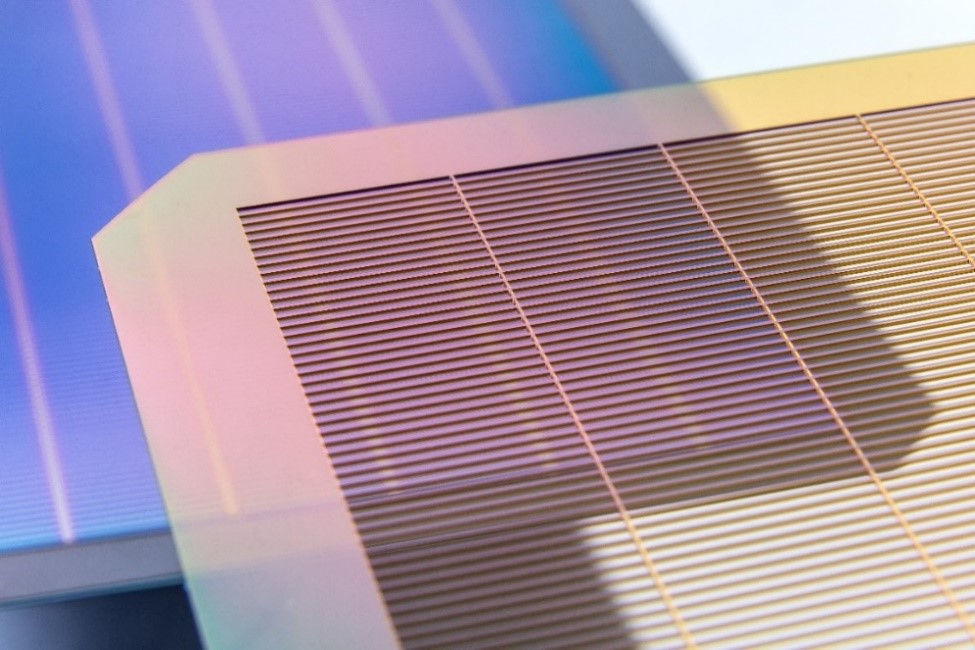 Glass shadow mask and behind it the silicon wafer with local poly-Si deposition done through the glass mask.

In ongoing and new research projects, the ISC group is developing new manufacturing processes for passivating poly-Si (POLO) contacts suitable for mass production, especially based on PECVD deposition with excellent passivation and good contacting. As the next solar cell generation, the POLO IBC solar cell is being optimized for this purpose in the direction of highest efficiencies with a cost-effective manufacturing process. In addition, the ISC group is working on the development of further industrial IBC solar cell technologies in a bilateral industrial project.

The main work areas of the ISC group are in particular:

For the deposition of passivating poly-Si contacts, LPCVD technology is predominantly used industrially. PECVD deposition offers the advantage of one-sided deposition combined with high throughput. The ISC group has developed a high quality SiON/n-a-Si layer stack first on a laboratory system and now also on an industrial PECVD production system, which has excellent charge carrier selective properties. In addition, the ISC group is developing a glass-based shadow mask in cooperation with laser specialist LPKF, which enables the direct patterned deposition of poly-Si layers, e.g. for use in IBC solar cells

Another focus topic of the ISC group is the development of highly efficient, industrially producible IBC solar cells. For this purpose, on the one hand, the POLO IBC cell concept is being further developed, which uses an n-poly-Si contact and otherwise predominantly employs manufacturing processes of the established PERC+ cell. Local PECVD deposition of SiON/n-a-Si through shadow masks should enable an industrially attractive and competitive manufacturing process of the POLO IBC solar cell. In addition, alternative IBC concepts are being developed in further industrial projects.