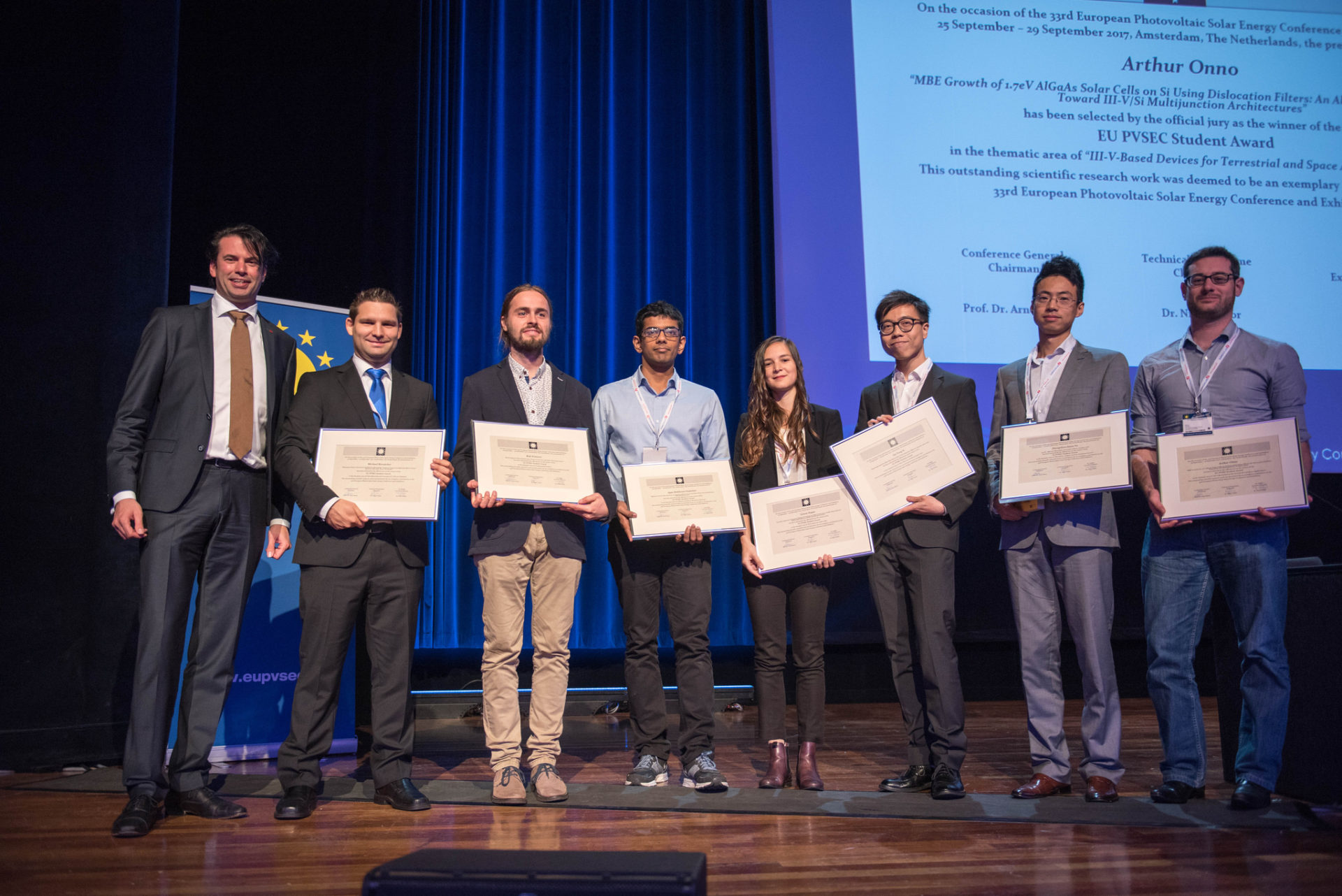 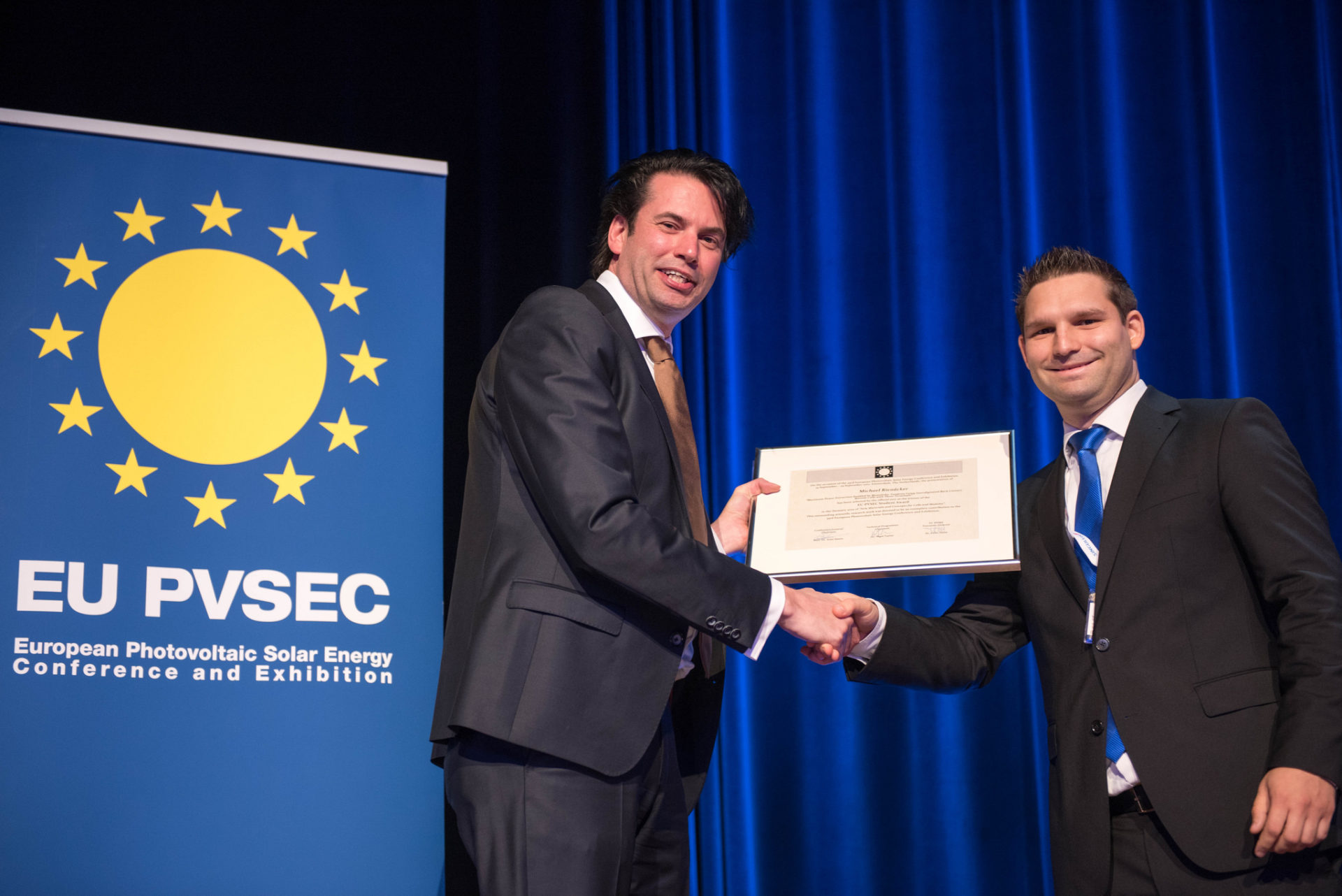 Michael Rienäcker from the Institute for Solar Energy Research Hamelin (ISFH) has been awarded the “Student Award” at the 33rd European Photovoltaic Conference in Amsterdam. He received the award for his contribution “Maximum power extraction enabled by monolithic tandems using interdigitated back contact bottom cells with three terminals”, which was also selected as one of three plenary lectures for the opening session of the conference.

For the first time, Mr. Rienäcker was able to experimentally demonstrate that monolithic tandem cells can always extract the same maximum power from the lower (bottom) cell regardless of the incident solar spectrum or the current generated in the upper cell, if this lower cell is designed as an IBC (Interdigitated Back Contact) cell and thus has an additional terminal. This eliminates the limitation of the total current in such tandem cells by the current of the subcell with the lower photogeneration. This finding thus increases the flexibility regarding the material of the upper (top) cell, so that cheaper materials can also be considered.

Michael Rienäcker is a PhD student in the group “Emerging solar cell technologies” of the department “Photovoltaics”. He is supervised by Robby Peibst, who holds a professorship at the Leibniz Universität Hannover. Michael Rienäcker studied energy system technology at the Technical University of Clausthal, where he obtained his diploma in 2015 with a thesis in the field of surface physics on the growth of GaP on Si. He is currently working on the development of Si-based bottom solar cells for tandem applications.

The annual European Photovoltaic Solar Energy Conference and Exhibition (EU PVSEC) is the largest international conference for photovoltaic research, technologies and applications. The 33rd EU PVSEC took place from 25 – 29.09.2017 in Amsterdam in the Netherlands.