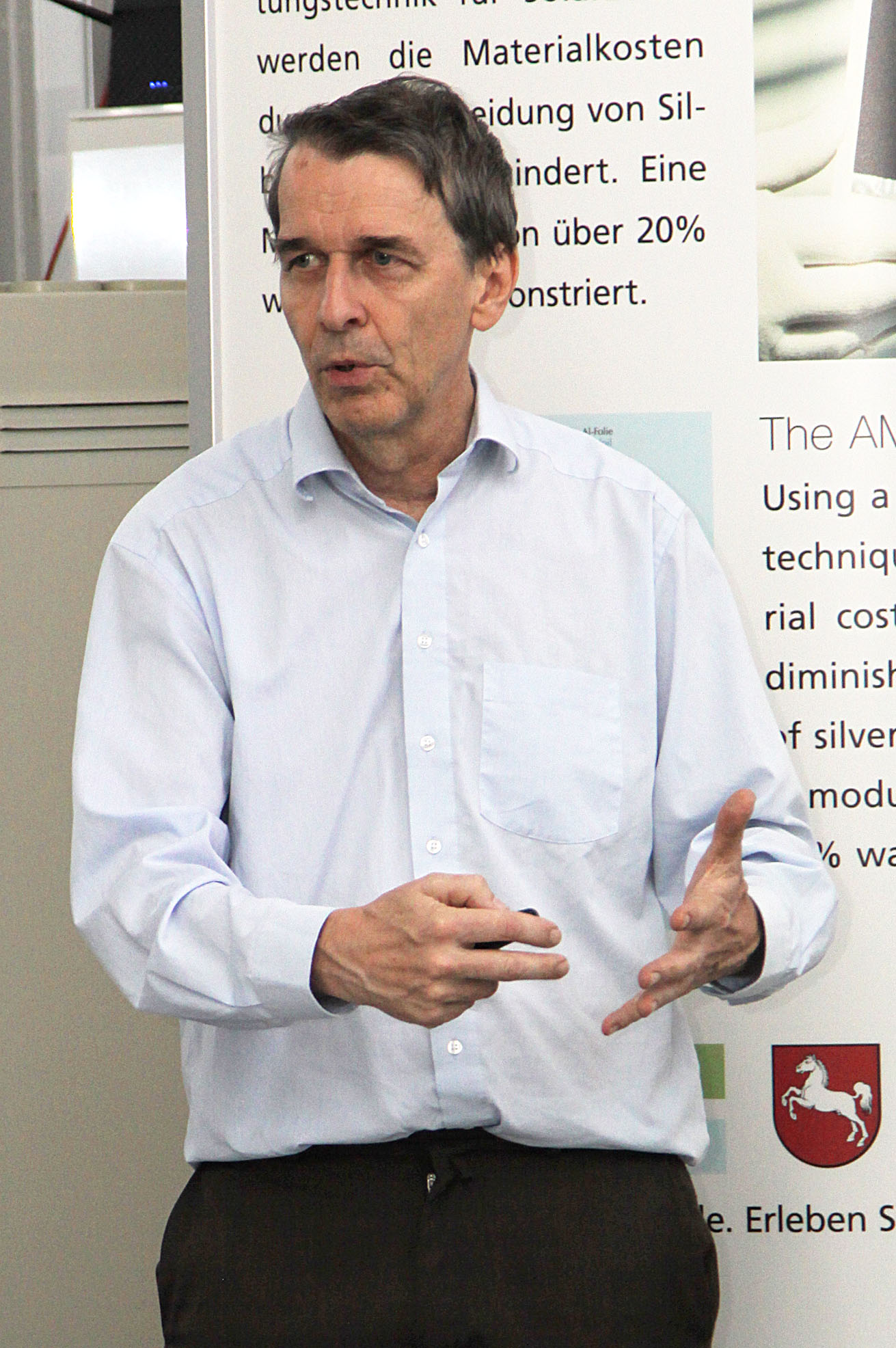 “How citizens can help shape the energy transition” was the topic of a public lecture given yesterday by Prof. Martin Hundhausen from Erlangen at the Institute for Solar Energy Research (ISFH) in Emmerthal. The speaker is a university lecturer at the Faculty of Physics at the University of Erlangen. He also founded a solar association almost 20 years ago, of which he is chairman, and reported on this association in his exciting lecture.

It began with a citizen solar plant, with which the association demonstrated that it is possible to produce half of the power requirement of a large grammar school with solar energy on the own school roof. A few years later, every Erlangen school had a solar system because the politicians quickly recognized the enormous potential and the city released all suitable roofs for use.
It is also thanks to Prof. Hundhausen’s influence that the topic of power generation by solar cells was impressively and above all comprehensibly presented in the television magazine “Die Sendung mit der Maus” (The Show with the Mouse).

Conclusion: The citizen has many possibilities to help shape the energy transition, and it is definitely worth it.