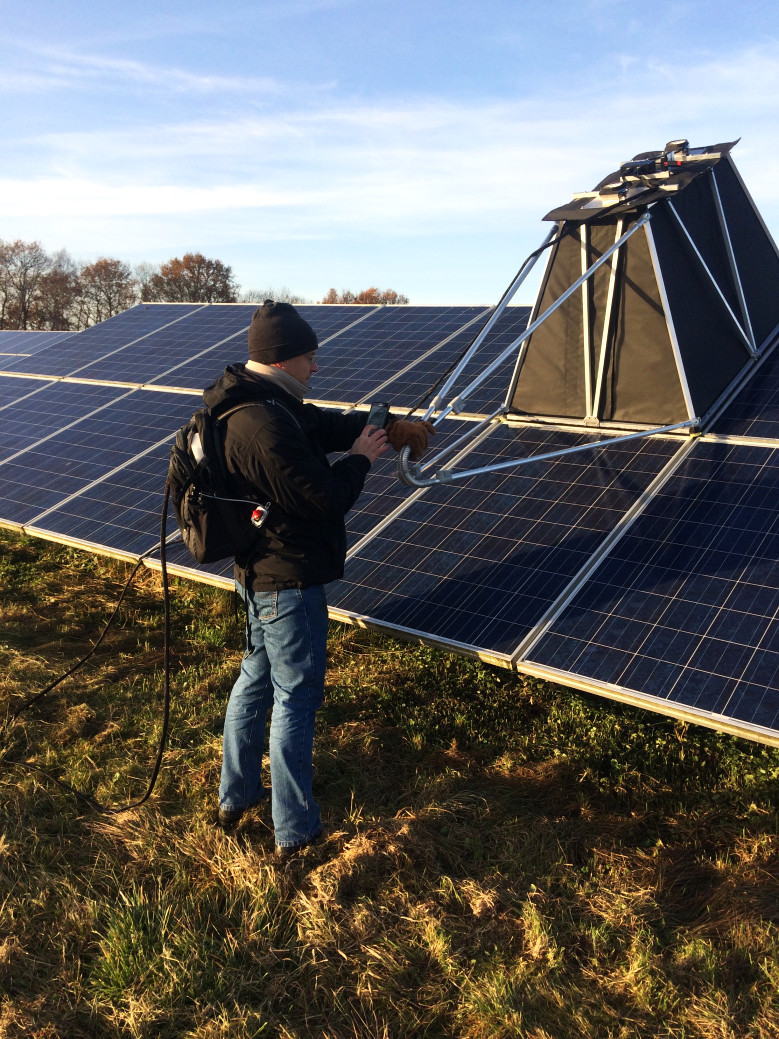 At the 32nd Symposium for Photovoltaic Solar Energy in Bad Staffelstein, one of the most important photovoltaic forums in Germany, the Institute for Solar Energy Research in Hameln/Emmerthal (ISFH) recently won the 2nd place at the Innovation Award 2017 for a novel inspection system for detecting module faults in a PV system.

The system was named “FLOIS“: Fluorescence Outdoor Inspection System. FLOIS is, compared to other inspection systems such as electroluminescence or thermography methods, largely independent of weather conditions and can be used both during the day and at night.

In addition, PV modules can also be measured without rewiring. Field tests have shown that up to 200 modules per hour can be tested. The analysis of the images generated by the system is considerably easier and far faster than for conventional electroluminescence images. With FLOIS, cell cracks usually appear very wide on the images and can be detected quickly. Furthermore, no superimposed pattern is interfering with the crack detection, as is often seen on electroluminescence images of multicrystalline solar cells.

In the picture on the left you can see FLOIS in use in the free field.